We would like to invite you and your friends to the screening of the international award winning documentary, No Greater Love, which will be featured in the 10th Anniversary of the G.I. Film Festival. Please share this with anyone you feel may be interested!

“No Greater Love is a story of survival, faith and redemption of the warrior as told by the warrior” – Huffington Post

No Greater Love shows the war as told through the eyes of the soldiers as they fought their way through a hellish tour in one of the most dangerous places in Afghanistan and highlights the struggle many veterans face as they seek to reintegrate home. It’s a story of hope.

Our goal is to use the film to help our warriors reconnect with their communities; please join us!

No Greater Love has won a total of ten awards: 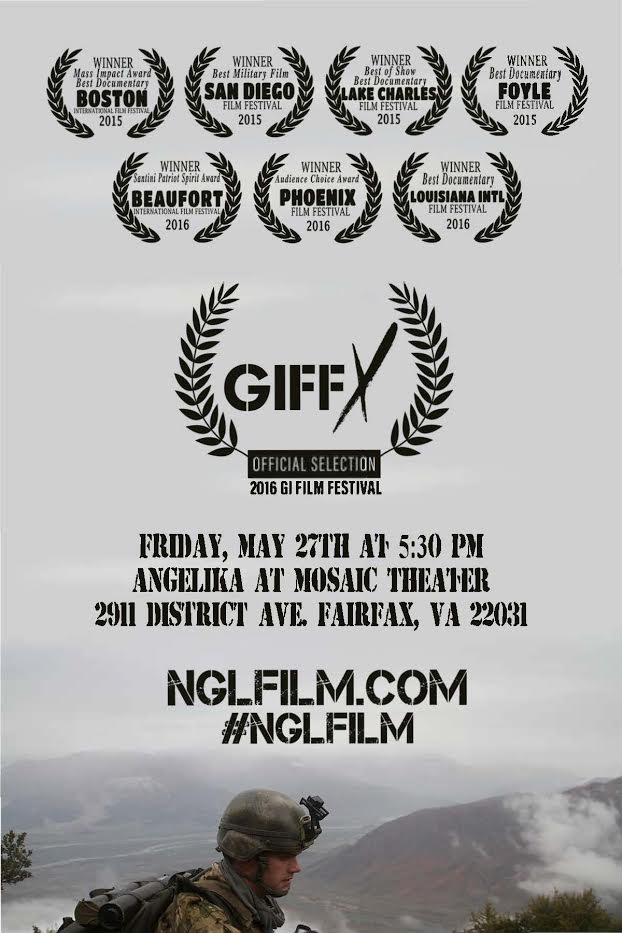