Our Friends of the National WWII Memorial have alerted us to two events that we wanted to share with our volunteers! Honor Flight is not directly affiliated with these events, but we thought you may be interested! 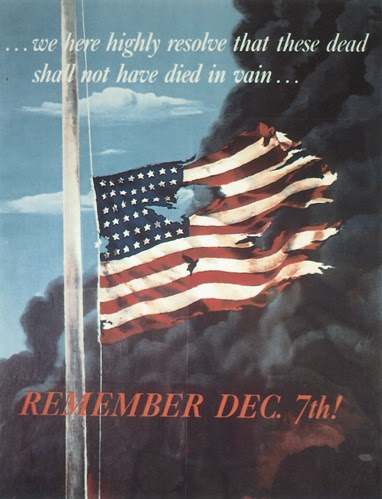 Nearly 75 years ago, Imperial Japan launched a surprise military attack on United States military installations on the island of Oahu in Hawaii. The December 7, 1941 attack took the lives of 2,403 Americans and catapulted the United States into the deadliest conflict in human history.

To mark this significant date in world history, the Friends of the National World War II Memorialand the National Park Service will co-host a very special Pearl Harbor 75th Anniversary Commemoration on December 7th at 12:53 p.m.at the WWII Memorial.

As part of the ceremony, Pearl Harbor Survivors, World War II veterans, and other dignitaries will lay wreaths at the “Freedom Wall” of the National World War II Memorial.

Senator John McCain, the senior United States Senator from Arizona, will serve as the event’s keynote speaker. Additionally, Senator McCain will be joined by his 104-year-old mother, Mrs. Roberta McCain, in presenting the United States of America wreath at the Memorial.

If you are a Pearl Harbor Survivor or World War II veteran (or if you know of one) who would like to participate in the Pearl Harbor 75th Anniversary ceremony at the Memorial, please email me now!

We hope you’ll join us on December 7th at the WWII Memorial!

Ninety minutes after Imperial Japan began its attack on Pearl Harbor, it was over.

On the evening of December 6th at 5 p.m., the Friends of the National World War II Memorialwill host a very special Candlelight Vigil and Reading of the Names at the WWII Memorial in honor of the 2,403 men and women killed at Pearl Harbor 75 years ago.

Over the course of three hours, the name of each of these individuals who lost their lives on that fateful day will be read and remembered at the WWII Memorial.

If you would like to Read Names on December 6th,
please REGISTER NOW!